Many beginner bloggers have lots of questions concerning monetizing their blogs—and you might too. To a large extent, the niche you choose to blog about doesn’t affect the monetary returns you get. What you need is a good strategy for monetization and applying what makes money for successful bloggers.

One of the most Successful Blogs in the Travel niche is Young Adventuress. Young adventuress is a blog owned by Liz Carlson, a 29-year-old full-time travel blogger featured on Forbes who started blogging about seven years ago.

She invested loads of time in building a significant readership and has been able to leverage on that to make up to six figures from journaling her travel experiences. As a result of her years of investment in her followership, she’s been able to land big campaigns to boost her income. Because of this, her blog is not clogged up with advertisements. A large percentage of her income comes from partnering with reputable brands and affiliate links.

Also featured on Forbes, Sarah, and Robbie Tripp are full-time fashion and lifestyle bloggers who started blogging in 2013. They’ve earned a six-figure income from it since they took it as a full-time business in 2017. They were able to meet all their expectations because of consistency, networking, and understanding the blogging game.

A lot of their income in their most successful year arose from campaigns they ran from deals with brands like Nike and Arie. They also leveraged on their social media platforms which helped build their online presence even more.

With less than six years experience in the blogging game, Melyssa has made over $1,000,000 consistently for three years now. As a result of her personal experiences, she uses her blog to reach out to young bloggers and entrepreneurs and helps them build profitable and sustainable online businesses.

Alongside her blog, she offers online courses for those interested in learning from her experiences so this adds to her annual income revenue. She believes online courses are a great way to sell your products and promote yourself even more. Also, they are highly scalable and can continually beat your previous income report.

After experiencing a couple of failures from his previous blogs, Jeff started his blog in 2010 determined to build an online following. His blog focuses on encouraging creative work and writing.

As a result of the lessons he learned from his failed blogs, Jeff created a survey for his readership to see if they would pay for online courses or ebooks and that’s where his financial success improved significantly. His ebooks and online courses are the primary sources of his blog’s income which get up to five figures per launch.

Featured by Forbes and profiled by the New York Times, Pat is a well known and highly successful blogger. His blog focuses on training people to build successful online businesses.

He’s succeeded in building a great following mainly because of his transparency. He’s honest about his income reports and displays it on his website for everyone to see. In 2017, his reports showed an income above 1.5million dollars. His main income come from his courses, ebooks, and affiliate marketing.

Michelle blogs about personal finance and lifestyle. She quit her job as a financial analyst in 2013 but had started blogging since 2011.

Michelle is very successful in blogging and openly shares a break down of her monthly income reports on her website.  In 2017, she made over $1.5 million from her blog.

Her breakdown of July 2018 income shows that affiliate marketing and online courses are the most significant contributors to her blog’s financial increase.

As one of the hugely successful blogging sites today, ProBlogger focuses on helping bloggers build their blogs. Darren is a full-time blogger who started blogging in 2002, but created ProBlogger, the major source of his success story, in 2004.  Three years after starting ProBlogger, he was already on the Forbes list of internet celebrities. Most of his blog’s income can be credited to the courses he offers, ebooks and affiliate marketing.

Ryan is a globetrotter who narrates his experiences and helps other bloggers build their blogs.

He started blogging from paradise (literally and figuratively) in 2014 and has been featured in over 200 blogs. He has also published about 120 books on Amazon, some of which some have received significant endorsements. The primary sources of his income are his books, online courses, and affiliate links.

Abby started blogging in 2013 for the primary purpose of self-expression. She had no idea that her husband would join her in making it a full-time family business. She’s a lifestyle blogger who focuses on personal clarity through an organization and offers step-by-step practical tips for decorating. Majority of her income comes from affiliate marketing and selling products online.

Founder and host of Entrepreneurs on Fire, JLD as he’s called, started his site in 2012 to help entrepreneurs bring their ideas to life through podcasts and other resources. He runs his blog with his wife, Kate, and their resources include the freedom journal and the master journal which are available on Amazon. He is also transparent about his monthly income which he posts on his website on a monthly basis. A lot of their income which reaches six figures monthly comes from selling their resources.

Blogs like Huffington post, Neil Patel, Gary Vaynerchuk, and Moz have technically become empires but are doing way more than just blogging that’s why they were not mentioned. As you can see from these successful blogs, they all have two major things in common which are the products they sell in forms of ebooks and online courses and their strategies with affiliate links irrespective of their niche.

You can visit each of their sites to learn more about how they became successful so you can take those lessons and apply them to your blog so it ends up as successful as theirs.

Ready to Start a successful blog? Follow this Tutorial To Get Started. 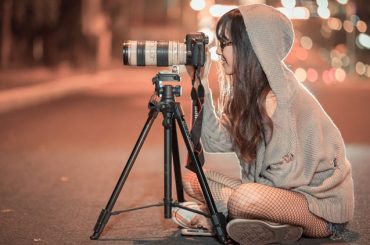 How to Start a Vlog: From Unknown to YouTube Vlogging Stardom

10 Things to do before you Launch your Blog 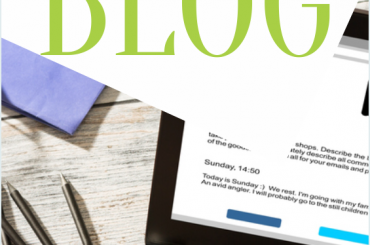 Starting a Blog: The 5 Things Not To Do